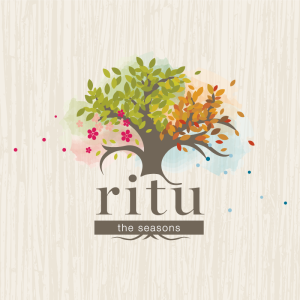 As a layperson and a music fan, there is something exciting and romantic about the idea of going into the studio to “record an album.” After my experience recording the soundtrack for Kala Vandanam’s upcoming original production “Ritu – The Seasons,” I confirmed it is most certainly exciting; and there are some things that are definitely romantic about the process. But I also learned that a solid balance of preparation, clarity, flexibility, collaboration and trust are required to make it go smoothly and come out with a quality end product.

All of the magic happened at Resound India Studios in Chennai, India, with the exceptionally talented sound engineer Sai Shravanam at the helm. I am uncomfortable calling Sai a “sound engineer” because he is FAR more than that. For Ritu, I call him our “soundscape designer” – he brought the beautiful music composition of Jyothishmathi Sheejith and the score I created in collaboration with Jyothi together with the individual strengths and talents of eight different musicians together to create the soundtrack to Ritu. We were in Sai’s hands, and ears, as we brought what we had been working on together for months to life in the recording studio.

Jyothi had prepared such detailed notes for the melody instrumentalists to work from, what I learned was called a “fair copy.” The “fair copy” she prepared for our recording was 20 pages of A4 paper notation, front and back! Her preparation was fantastic, and is what made the process for the flutist, violinist and sitarist much more smooth than it would have been otherwise. While I know that all of the musicians who worked on this recording are top notch, it was still nothing sort of amazing for me to watch them basically sight-read and improvise on the fly and create such beautiful music in a half day or full day.

I am convinced that Sai heard the entire thing in his head LONG before I heard it come together. Watching him work with each layer of sound, starting with vocal and vocal percussion, then adding layers of percussion and melody, one by one, was like nerd heaven – perfect confluence of art, science and engineering. Watching the teamwork and collaboration between Sai and each musician was such a delight. It was clear that there is a level of trust between them that really opened up the possibilities for everyone to do their best work.

One of the most important lessons I learned from Sai during the process is one that I have tried to adapt in my dancing and choreography, but had not appreciated it’s importance in music – the ideas of giving “rest” and enjoying “silence.” There were times where I thought we would want to fill with more sound, more or different instruments, not have a gap in the sound, I could go on. But Sai reminded me of the importance of giving the audience’s ear some rest from a particular instrument, or from sound at all. This principle was so important in some of the choices we made in the studio. I am grateful for Sai’s investment in every aspect of the recording, and to each of musicians for sharing their wonderful musicianship for our project.

While I will enjoy listening to and dancing to the recording we created for Ritu – The Seasons for a long time, I won’t lie… I am already looking forward to the next creation and being in the recording studio again!